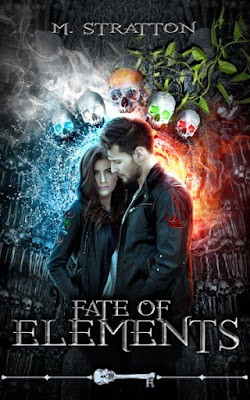 Blurb:
One Skeleton Key. Endless Adventures.
https://skeletonkeybookseries.com/
Raina Owens, who’d been taught from a young age that she could never be too careful, lived vicariously through the characters in her books. She never expected the letter informing her of a mysterious uncle she never knew, whose untimely death left her the only remaining heir to his estate. What she thought was a leap of faith into her first, real life adventure was only the beginning. Her uncle, and the house he had willed to her, held secrets beyond her understanding, but she held the answers to her future in the palm of her hand: the Skeleton Key. Would she be brave enough to turn the lock and step into her destiny?
Hallet, King of the Fire Elements, spent his life obsessed with the prophecy of the Skeleton Door and the one who would walk through it. As the tensions between the elements of his world rose, all he could do was wait for the one who would bring peace. His power over the fire element burned in his soul, and although he loved ruling over his people, deep down, something was missing.
A battle had been brewing for centuries. Betrayal, blood, and suspicion ran just below the surface of the people of Aimsir. Only the one who crossed through the Skeleton Door could bring them hope and peace. But was she ready to be The One to fulfill the prophecy? She would have to rely on her training, magic, and power over the elements to defeat the age-old rivalries which had been smoldering for centuries. Who could she trust? And was she strong enough to be the leader they so desperately needed? She was more than she ever thought she could be.
Buy Link:
Amazon: https://amzn.to/2srKphr 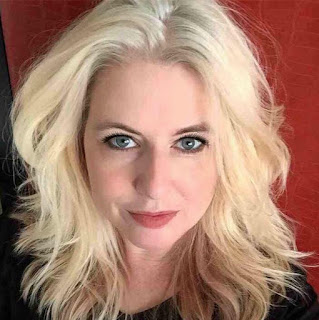 M. Stratton is an International Amazon bestselling author in the romantic suspense and mystery suspense categories for her Storm Series and Bender. She lives with her husband and son in Arizona, which is a big difference from where she grew up north of Chicago, Illinois. As an only child she learned to tell herself stories to make the long winters go by quicker while dreaming of summer vacations. Now as an adult she still makes up stories to pass the time, but now she writes them down to share with other people.

Stratton is a self-proclaimed dork who loves to make people laugh. Her inner rock star is always on stage performing to a sold out crowd, but she quiet and shy on the outside. She spends her days plotting new ways to surprise her readers.
Author Links:
Website: www.mstrattonauthor.com
Facebook: https://www.facebook.com/MLStrattonAuthor
Twitter: https://twitter.com/MStratton70
Instagram: https://instagram.com/m.stratton
Amazon: https://amzn.to/2vVkssu
Goodreads: https://www.goodreads.com/author/show/7063095.M_Stratton
Bookbub: https://www.bookbub.com/authors/m-stratton
Buy Link:
Amazon: https://amzn.to/2srKphr