Melissa spent her childhood exploring the coast of down east Maine without parental supervision and immersing herself in any book she could get her scrappy little hands on. Although she pursued a career in theater, the written word is her true calling. She leads a full life with her husband and six children traveling the country to wherever the Army sends them in her very large twelve passenger van, in what she lovingly deems “organized chaos”. She finds time to write in her “spare time”, somewhere in between soccer practices and nap time with coffee. Lots and lots of coffee. She loves creating unforgettable romance, and enjoys writing and reading everything from sexy, sword-toting heroes to spit-out-your-coffee funny romantic comedies… as long as she doesn’t get the book wet. She leaves that up to the characters. 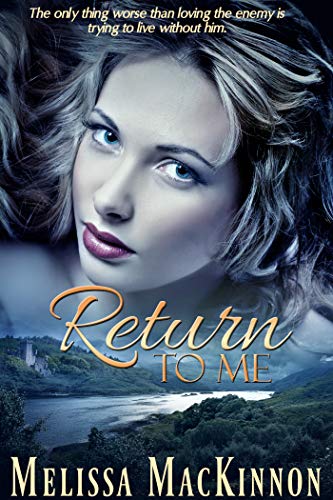 Archaean bounty hunter Marek Coinnich isn’t particularly fond of Engels. In fact, he prefers them dead. But to save his injured brother, he must enter the manor of an Engel enemy. Marek finds himself enthralled by the slave girl nursing his brother back to health. When his enchantment with her lands them in a compromising position, he refuses to let the young beauty pay for the misunderstanding with her life.

Brynn of Galhaven prefers to keep to the shadows. When she is ruined by an outsider, she barely escapes with her life and finds herself left alone in an unforgiving land. Through her struggles to survive, Brynn discovers a world she never imagined and never forgets the enemy Archaean who stole her heart.
Marek can’t deny his desire for Brynn, but these are wartimes, and she is the enemy. And though love knows no prejudice, the world in which he lives isn’t nearly as forgiving.
Historical Romance with strong Fantasy element.