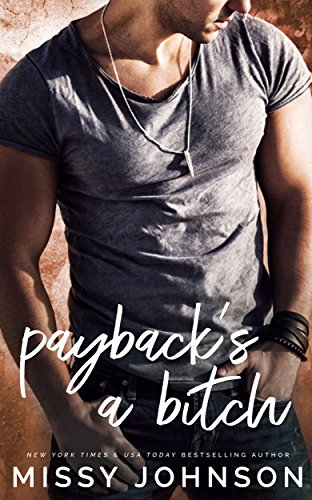 I have no idea the profile exists until the replies start rolling in. They range from funny, to downright creepy and everything in between. Just as I’m shutting down my email account for good, a new message pops up.

He’s funny and he’s the only one to suspect the profile is a joke, so I think what the hell? I reply.

When he suggests that we meet, I say yes. When I walk into that bar, he’s sitting at a table, facing the other way. He turns his head just enough for me to be able to make out his face…

It’s Cameron Hunter, one of the rudest, most arrogant assholes I’ve ever had the displeasure of meeting.

He’s also the son of one of the state’s most influential judges.

The same judge who’s about to become my step-father…

I was looking for a short and funny read, and this jumped out at me. I read it after work and was laughing my ass off.

I loved watching the pranks each of these characters pulled on each other and them finally giving into their feelings. I want Lewis’ story next.

Mack just made this story. He’s the funniest little brother I’ve ever read about. I’d love to read his adult book.

My major issue with this book is with it being so short, there’s questions that were never really addressed. It feels like all this happened over the span of two weeks.

What did Darcy decide to do with her career? How’s Cam’s company doing after the transition?