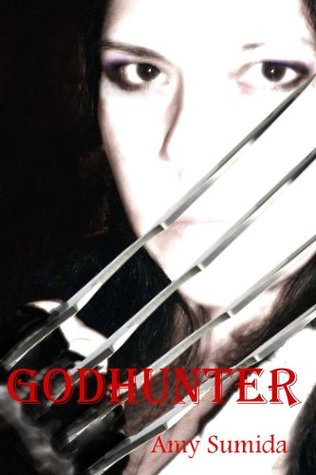 There are some things that really annoy Vervain Lavine. Like when people call her Vivian; “Vervain’s an herb, look it up.” Or when people don’t get her movie quotes; “Why doesn’t anyone appreciate culture anymore?” But what really bothers her, what gets her little witchy panties in a twist, is when gods manipulate humans. “They’re not even really gods, just Atlanteans playing dress up!”

Yeah, that’s right, the gods are Atlanteans. Basically a bunch of refugees who decided to take over. It was a sweet deal for them, at least back when we believed in them and all. Not so much anymore. Nowadays, there ain’t too many folks lining up at the altars to give their offerings, and gods are suffering for it. Without our sacrifices, the gods don’t have enough juice to keep living in the manner to which they’ve grown accustomed.

So they came up with a plan. It was so easy actually. All they had to do was get us to fight amongst ourselves, go to war. When our kind die, they suck up the energy like a temperature-resistant fat man drinking a milkshake line-up. Not such a bad idea, and it’s worked for quite awhile. Up until Vervain found out.

Now, don’t get the wrong idea. Vervain’s no Laura Croft. She can’t bench press 200 lbs or shoot laser beams out of her eyes either. She does have magic on her side though and a few little tricks up her sleeve, or up her gloves rather. So she’s not completely defenseless and she’ll do whatever she has to in order to end this threat of divine proportions. Even if it means assassinating one god at a time.

Her greatest annoyance is yet to come though, in the form of a gorgeous Viking God who swears he’s on her side. If she can keep her eyes off his leather pants long enough, they might even stand half a chance.

I’m glad I finally got round to reading this. I’m a prolific reader and the series has quite a few books so I’m kind of pleased I’m late to the party on this one.

I’m looking forward to finding out what happens between Thor and Vervain now her harem is growing. Blue is also kind of hot for a bad guy although I’m not keen on his abuse of the MC, I do love a bad guy. Vervain definitely needs to steal his power and give him a dry slap for all the crap he did at the beginning of the book.

The thing I enjoyed the most was the humour and the occasional chat she had with the reader it made the book a pleasure to read but the action scenes fell a little flat and Blue was defeated too easily for my tastes. I’m hoping that will improve in the next book.